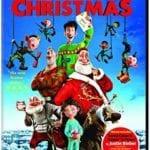 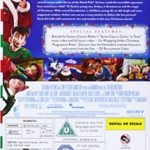 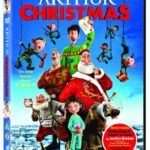 Aardman Animation manages to strike the perfect balance between comedy, creativity, and holiday spirit in this Christmas film that isn't about an aardvark, but Santa, his dysfunctional family, and a Christmas in jeopardy. Arthur Christmas takes on the age-old question of how Santa can possibly deliver gifts to every child in the world in one evening. The answer: with a lot of high-tech logistics and gadgetry and absolute military precision coordinated by Santa's son Steve. While Santa's other bumbling son Arthur deals with the stacks of letters from children, Steve and his tech-savvy crew coordinate virtually everything else to ensure the successful mission of delivering presents around the globe on Christmas Eve. Meanwhile, soon-to-be-retiring Santa simply does as he's told, and centenarian Grand-Santa watches the whole procedure on TV from the comfort of his easy chair. But when one little girl's present doesn't get delivered on Christmas Eve, it raises the question of just what is an acceptable margin of error when you're talking about children and Santa Claus--something that Steve, Arthur, Santa, and Grand-Santa don't quite agree on. Thus begins a very unusual, highly comical last-ditch effort by Arthur, Grand-Santa, and a wrapping elf named Bryony to deliver the forgotten present. The film is rife with funny scenes and characters, features some amazing CGI imagery that looks great on the big screen, and utilises a host of talented voice artists, including James McAvoy, Hugh Laurie, Bill Nighy, Jim Broadbent, Joan Cusack, and Eva Longoria. But most impressive is that along with all the humour and technological wizardry we get the perfect dose of holiday sentiment and the message that every child matters, especially on Christmas. (Ages 7 and older) --Tami Horiuchi

Be the first to review “Arthur Christmas [DVD] [2011]” Cancel reply